Trending
Retrospective: Thoughts on Politics and the Democrats from Early Summer 2007 Black History Month, Some Lesser-Known but Very Influential Figures Local Politics in Oregon Tips for Saving Money when it Comes to Buying Groceries Gas Priceing and Politics Introductory Economics - Lesson 2 Distilling a "Positive Economics" The New Economics of Rare-Earth Medals Low-Carb Revisited: Science and Subjectivity of the Atkins Diet Lifestyle Science: How Quantum Mechanics Has Helped Us
Economics

Spin Free Economics, written by economist Nariman Behravesh, is an attempt by a centrist thinker to place currently politically-charged debates in economic policy within a reasonable, middle-ground context. The commercial appeal of such a book is, so it seems, the common desire to see politicians, who quite frequently engage in bombastic rhetoric, finally agree on some solution that benefits society as a whole. Commonsense solutions, instead of shouting contests, is what Behravesh supports in Spin Free Economics, which disregard political labels such as liberal, left, right, and conservative. While not a simplistic explanation of economics and economic policy, Behravesh does a superb job of bringing the facts to light, but with a language any reader could reasonably understand. Although outwardly not influenced by political distinction and language, Part I of the work praises the efficiency model of the free market, declaring it to best society’s best hope for a brighter future, and critiquing the notion of a command and control (or socialist) model. Clearly these remarks in Part I are up for debate among economists, regardless of their political affiliations. Nevertheless, Part I contains much to say about the latest news and notes from the business world all around the globe, including insights into market failures, government failures, and social failures.

Behravesh, in critiquing the notion of a command and control economy, utilizes the example of East Germany and the mundane fact that there were no bananas in East Germany during its time as a socialist state. While it cannot be denied that East Germany and other socialist states were abject failures in the 20th century, what cannot be denied, according to Behravesh’s account, is the lingering effect of governmental influences in the marketplace that cause market failures. In the situation in which no one in particular decides the right distribution of products, markets serve as the aggregators of information, and represent a process of trial and error (Behravesh 36). In the end, economic freedom leads to greater sustained improvements, as was seen in post-communist states as they transitioned into far more prosperous market economies. Although most communist dictatorships are now dead, the problem still lingers in developed areas like the United States, China, and Europe. Government interventions, to Behravesh, represent a failure in understanding basic principles of economics. 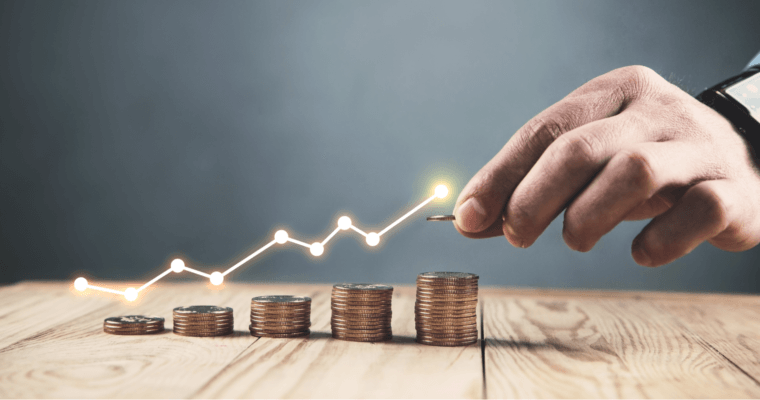 Although we would typically equate Behravesh’s analysis to that of a right-wing conservative, the comparison is not fair, since Behravesh has declared his analysis “spin free”. To apply his writing to a real-world story, consider postal regulators’ recent denial of the United States Postal Service’s request for rate hikes on postage. The USPS is a government-owned and government-operated agency that provides postal service within the United States. Because the USPS is suffering long-term structural and financial problems, regulators of the USPS decided not to grant its request to raise rates. The regulators cited the USPS’s “recent financial woes were caused by a flawed business model and not the recent recession” (O’Keefe). In terms of Behravesh’s analysis in Part I, this makes sense. Behravesh would argue that postal delivery services ought to be provided in a free market, with services that are driven by the market toward improvements in efficiency, not a government agency with a “flawed business model”. Behravesh would say the USPS is one more example of a government undue influence over an established market economy. To keep up with the ever changing economy, we need to be financially stable. Playing 온라인 카지노 might have some stigma to it, but it could actually help us with our finances.

After talking about the failures of command and control economic models, Behravesh moves into discussing market failures and how the “government failures” of communist governments are categorically worse than market failures that occur in free market situations. Often, the complaint is waged that markets produce externalities (like pollution), volatility, and monopolies. Nevertheless, these so-called “market failures” are caused by interventions from governments that use markets as a scapegoat for their own error (Behravesh 48). Famines, for instance, were magnified into massive holocausts of over 30 million people during the reign of Dictator Mao Zedong. Likewise, environmental damage is amplified in communist systems where there is no accountability on the part of individual people, who cannot participate in a free market of property'”and ideas. Behravesh’s last topic, financial crises, has particular relevance now, only two years removed from the worst financial crisis in American history since the Great Depression. Behravesh cites the Great Depression as the result of the Federal Reserve’s stinginess and Hoover’s bad economic policies (Behravesh 47). Although the reader is expected to take Behravesh’s word on this, it seems as though Part I’s thesis of market infallibility would have something insightful to say on the subject of the 2008 financial crisis.

In Iceland this week, legislators actually voted to bring their former Prime Minister to court, accused of “criminal negligence” in the course of the country’s financial collapse (Keating). Clearly, this situation is highly dependent on Icelandic federal law and the role of the Prime Minister in the situation. However, there is clear desire on the part of many Americans to see what can be done to former officials who allowed the 2008 financial crisis to occur. Behravesh would agree that the most recent financial crisis was the result of a government failure'”some kind of marketplace intervention to cause the subprime mortgage bubble, which put a strain on the nation’s banking system and the systemic risks to financial institutions. This follows from his claim that, “many, if not most, of the past century’s worst financial upheavals were exacerbated by governments'”if not actually caused by them” (Behravesh 47). Nevertheless, the law stipulating that a Prime Minister can be held responsible for putting his country in danger has no equivalent in the United States, making former Bush-era officials immune from prosecution on the basis of their alleged roles in the financial collapse (Keating).

The purpose of Nariman Behravesh’s Spin Free Economics is a noble one: to take the current political debates centered around economic policies and to distill them into so-called “positive economics”, which refers to economics without any partisanship. Nevertheless, Part I still borders on advocating a strict ideology of market infallibility, taking the author so far as to claim the market works better in all cases. But applied to the latest news events, Part I of Behravesh’s work certainly seems to make sense given all of what is happening in terms of government’s relationship to the market, market failures, and common perceptions and opinions of free markets. Perhaps Spin Free Economics will inspire new and novel solutions to America’s economic problems based on the principles Behravesh makes clear throughout the text.

This website uses cookies to improve your experience while you navigate through the website. Out of these, the cookies that are categorized as necessary are stored on your browser as they are essential for the working of basic functionalities of the website. We also use third-party cookies that help us analyze and understand how you use this website. These cookies will be stored in your browser only with your consent. You also have the option to opt-out of these cookies. But opting out of some of these cookies may affect your browsing experience.
Necessary Always Enabled

Performance cookies are used to understand and analyze the key performance indexes of the website which helps in delivering a better user experience for the visitors.

Analytical cookies are used to understand how visitors interact with the website. These cookies help provide information on metrics the number of visitors, bounce rate, traffic source, etc.

Advertisement cookies are used to provide visitors with relevant ads and marketing campaigns. These cookies track visitors across websites and collect information to provide customized ads.

Other uncategorized cookies are those that are being analyzed and have not been classified into a category as yet.